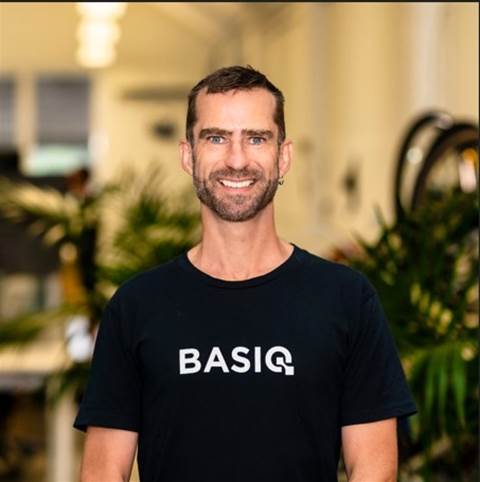 Open banking promised a wave of innovation in the banking sector, but the truth was a little more nuanced. In Australia for instance, many tier two banks struggled to even comply. Now, however, there is evidence of a generation of innovators emerging.

Basey has the advantage of having seen open banking from the perspective of both the bankers during his time at the now closed Volt where he was the head of engineering, and also from the vendor perspective – he was CTO at Data Republic after he left Volt.

His stint at Data Republic in particular would have provided him with insights into the issues of dealing with data in a complex ecosystem of partners where that data is very highly sensitive and where there is zero tolerance around issues of trust and transparency.

Basiq is an open finance platform designed to help businesses to build and launch financial service products into the market quickly.

“Our vision here is about making finance easy. We see the world where customers are empowered to make smarter financial decisions and to engage with their finances in new and unique ways.”

He said the platform is designed to facilitate the relationship between consumers and fintechs by providing an access to consented data for the fintechs, but with the trust and consent of the consumer.

“When brokering that relationship, it's all about trust and the consent of the consumer, and they need to know that their data will be used for the intended reasons.”

For fintechs, he said, “It enables them to get a clear review of the consumer's financial status by giving that whole open finance picture the individual.

“We provide services that they build upon to provide [their own] value-add services to end-users to consumers.”

According to Basey, the companies Basiq works with have already helped more than one and a half million Australians share their data with fintech companies and other financial institutions.

Often the data is used to help make lending decisions, says Basey, who adds the company has quite a few partners offering personal financial management applications and micro-investing platforms.

“We also see some interesting innovative solutions built upon the financial data that we provide. For instance, we've got a partner that provides a carbon footprint scoring and measurement solutions that enable consumers to reduce their carbon footprint in the way they interact with the world," he explained.

A recent upgrade to the platform has enabled fintech companies to access financial data through one single API, with that data able to come from multiple data sources.

“One of those data sources we've incorporated now is open banking and this gives a well-rounded picture of an individual. It provides the best possible view of a consumer's financial status and it gives the most optimal services to the consumer because of that," he said.

According to Basey the process of absorbing all this information from different data sources requires a lot of work to normalise the data.

“Then once we have it in a normalised format, we can enhance it and it via that single API. The consumers of our services, don't have to worry about, whether they are accessing CDR data [for instance] or digital data capture or some other data source. They just need to worry about accessing the data from a single unified API," he added.

With over  120 partners on that platform consuming open finance data via the basic services of its APIs, the company realised it's customers had another issue.

He told Digital Nation Basiq wanted to move quickly but lacked that capacity in-house to move at the speed they wanted. Instead they opted for a solution from Apigee, the API business Google bought in 2016 for $US625M.

"Apigee really fast tracks the open banking data holder implementation by providing an open-source reference implementation of a CDR solution. And basically  it provides a framework that adheres to the requirements of CDR which was very compelling for us."