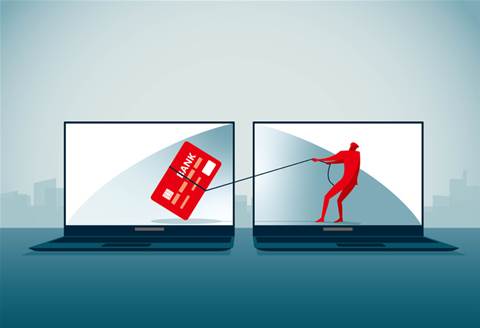 In 2021, Australians lost more than $2 billion to scams according to new research from the Australian Competition and Consumer Commission (ACCC).

The ACCC’s Targeting Scams report noted despite government, law enforcement, and the private sector disrupting more scam activity than ever before, Australians were still impacted by scams.

Reported losses to all organisations totalled almost $1.8 billion, but as one-third of victims do not report scams the ACCC estimates actual losses were well over $2 billion.

“Scammers are the most opportunistic of all criminals: they pose as charities after a natural disaster, health departments during a pandemic, and love interests every day,” she said.

“The true cost of scams is more than a dollar figure as they also cause serious emotional harm to individuals, families, and businesses."

Based on reports to Scamwatch in 2021, women reported the most scams but men lost more money than women, and men’s losses to investment scams were double women’s losses. In culturally and linguistically diverse communities, women had slightly higher losses than men.

People aged 65 and over reported the highest losses and reported losses steadily increased with age.

In 2021, Scamwatch received record levels of reports and losses from Australians that may have been experiencing vulnerability or hardship. People with a disability made twice as many reports compared to 2020, and their financial losses increased by 102 percent to $19.6 million.

The number of reports by Indigenous Australians increased by 43 percent between 2020 and 2021, and reported losses increased by 142 percent.

“The increasing number of reports by people experiencing vulnerability is a very worrying trend. Everyone from government, to banks, and digital platforms needs to do more to address this,” Rickard said.

“The ACCC is particularly wanting banks to match payee information in pay anyone transactions. This has been shown to have a real impact in countries that have done so.”

ACCC research presented in the report shows that scams are almost ubiquitous in Australia today. The report said 96 percent of respondents had been exposed to scammers in the previous five years, and 20 percent had fallen victim. Of those who lost money, 56 percent were unable to recover any of it.

In 2021, the ACCC said it had increased its work with government agencies, domestic and international law enforcement, and major banks and telecommunications providers to share intelligence, disrupt scams and raise awareness in the community.

“The public and private sectors have introduced a number of new counter-fraud initiatives over the last couple of years, but there are still too many gaps in the system that scammers are able to exploit,” Rickard explained.

The report compiles data from Scamwatch, ReportCyber, major banks and money remitters, and other government agencies, and is based on an analysis of more than 560,000 reports.