Bitcoin value plummets 50 percent from its peak as crypto retreats 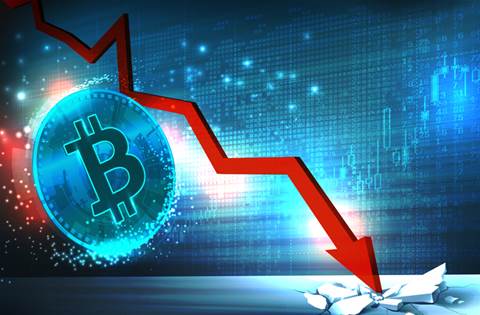 Crypto markets have gone into a sharp reversal as part of the overall retreat from technology assets with Bitcoin losing more than half of its US$69,000 value.

Likewise, Ethereum has lost about 57 per cent from its November peak.

Smaller cryptos have faired worse. for instance, is down 79 per cent from its peak in June, although, ironically, it is actually slightly up (by one per cent) on its value from one year ago.

Crypto's poster child, Bitcoin lost more than US$31,000 last week with its value dropping more than 50 percent, from its high in November last year.

Over the year it is down 22.8 per cent. Ironically it is outperforming tech stocks like Meta - the owner of Facebook - which is down 27 per cent in the same period.

Compare that to the Nasdaq composite which is down 27.5 per cent from its November peaks and just over 9 percent from a year ago

Crypto analysts point to a mix of short-term and long-term inputs including larger financial markers and the crashing of a prominent stablecoin as the reason behind this crash.

Coinbase, the cryptocurrency trading platform plummeted 26 percent around the same time as the sharp retreat in crypto but commentators point this towards its $430 million losses in its first quarter. It is down 82 per cent from its peak and 70 per cent YOY.

Financial analytics firm Glassnode called this decline in profitability for Bitcoin the fourth most severe over the last three years.

“This is compared with July, and December 2021, which both saw profitability declines of -18.1 percent to -19.1 percent. March 2020 remains the most significant in recent history, with -35.4% of the Bitcoin network falling into the red over just a few days,” they said.

Twitter users expressed their concern for the crash. One user, JRNY Crypto said this was the worse crash they’ve seen since March 2020.

They said, “This is the worst I've seen the crypto markets since the Covid March 2020 crash. That day ended up being the best buying opportunity we've had in the last few years though.”

Financial commentators are asking investors to not panic but instead “rebalance your portfolios”.

Gritt Trakulhoon, lead crypto analyst at Titan told Bloomberg, that 90 percent of coins will not recover from this crash.

He said, “Bear markets are typically a great time to accumulate the coins you have long-term conviction in. It’s a tough market for sure, but it’s a good time to strategise.”