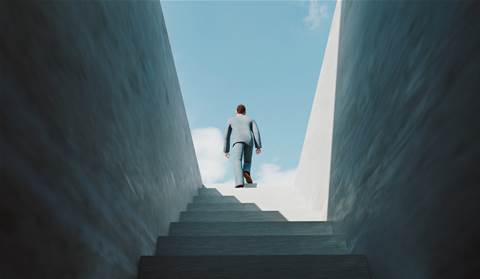 Research from Harvard Business School and the University of Pennsylvania reveals that the strength of employee belief in corporate purpose is stronger in private companies than in public companies.

The research paper reveals that these variations differ based on the ownership structure as well as whether the CEO has been promoted from lower ranks or brought in externally, with internally promoted CEOs drawing a stronger sense of belief in corporate purpose.

The authors, George Serafeim and Claudine Gartenberg define corporate purpose as it is stated in the 2016 Purposeful Company Report as a company’s “reason for being”.

According to the report, “In short, purpose at the corporate level – effectively implemented – imbues the work throughout the organisation with a sense of meaning that motivates and directs employees. Purpose serves as a guide that enables employees to coordinate toward a shared aim and firms to act as the “adaptive systems” as originally conceived by Barnard and Selznick.”

Having measured employee perceptions of purpose across 1108 US companies, the authors reveal that leaders play a crucial role in how purpose is perceived in an organisation. However, they are also led by the whim of the business owners – where behaviours differ in a private versus public setting.

The difference in the liquidity of public equity and private ownership lends itself to the variations perceived in the owners’ commitment to a firm.

“Most private owners are likely to commit to a firm for years, or even decades, in contrast to public market investors who hold their shares for an average of nine months,” the report says.

“These differences in commitment lead to differential levels of engagement with managers in public and private firms, which in turn provides managers of private companies the discretion to engage in activities that foster a greater sense of purpose within their organisations.”

The background of a CEO, as well as their incentive structures and the CEO and salaried employee pay gap also affect employee perceptions of purpose.

CEOs with lower pay gaps to salaried employees, who are internally promoted and have incentives structured on growth appear to align with higher purpose firms, says the report.

“All three variables remain significant, suggesting that CEO background might be an important driver of corporate purpose, but it mostly operates independently than ownership commitment.”

I have read and accept the privacy policy and terms and conditions and by submitting my email address I agree to receive the Digital Nation newsletter and receive special offers on behalf of Digital Nation, nextmedia and its valued partners. We will not share your details with third parties.
© Digital Nation
Tags:
beliefleadershipownershipprivatepublicpurpose
By Velvet-Belle Templeman
Apr 7 2022
10:47AM