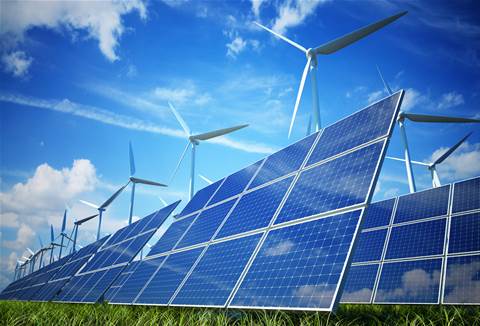 Europe is hastening its march towards renewable energy adoption in an effort to decrease reliance on Russian resources.

While many countries had already set 2030 emissions reduction targets, some are advancing their efforts in the wake of Russia’s invasion of Ukraine.

Reuters reported that as part of France’s national “resilience plan” to support households and businesses deal with economic repercussions of the war, the government is ending subsidies for new residential gas heaters, while it lifts support for renewable energy options.

France’s “MaPrimeRenov” subsidy scheme will be directed towards renewable heat pumps and biomass heaters as well as hybrid systems.

The French government has also announced that it will end Russian gas and oil imports by 2027.

Another Reuters article suggests that The Netherlands is accelerating its offshore wind farm construction, and is expected to double its planned capacity by 2030. An additional capacity of 10.7 gigawatt windfarms are expected to be developed in the North Sea.

Belgium is turning to nuclear energy in response to the Russian invasion of Ukraine, and is considering extending the lives of two nuclear reactors, and deterring its 2025 nuclear exit plan. Reuters reported that the extension could go ahead should the reactors be deemed safe, affordable and could provide security of supply.

In the wake of a European pledge to reduce dependency on Russian gas, Italy’s Prime Minister Mario Draghi told parliament that Rome will cease using Russian gas by 2025. Instead the country has approved six new windfarms, according to France24.

Windfarms are also the energy option of choice for the UK, according to The Guardian, as the British government transforms its energy strategy to reduce reliance on Russia.

According to a tweet by British business, energy and industrial strategy secretary Kwasi Kwarteng, “This is no longer about tackling climate change or reaching net-zero targets. Ensuring the UK’s clean energy independence is a matter of national security. Putin can set the price of gas, but he can’t directly control the price of renewables and nuclear we generate in the UK.”

Prime Minister Borris Johnson announced that by end of the year the UK would have phased out all Russian oil imports.

Reuters reported that Germany is advancing it wind and solar energy projects, despite difficulties in scaling back reliance on Russian gas. Germany is expected to suspend cuts to new solar panel subsidies this year as well as boost the volume of onshore wind energy from two gigawatts to 10 gigawatts by 2027, and maintain that level until 2035.

Politico also reported that the German government is phasing out combustion cars, formally backing a mandate for the sale of only zero-emissions vehicles by 2035.

I have read and accept the privacy policy and terms and conditions and by submitting my email address I agree to receive the Digital Nation newsletter and receive special offers on behalf of Digital Nation, nextmedia and its valued partners. We will not share your details with third parties.
© Digital Nation
Tags:
gasrenewablesrussiaukrainewar
By Velvet-Belle Templeman
Mar 21 2022
5:30PM