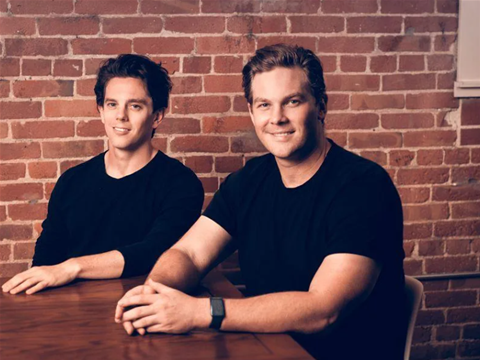 Framework Ventures, one of the earliest venture firms to enter the Decentralised Finance (DeFi) space announced the completed raise of “FVIII”, an oversubscribed $400 million fund for investment in early-stage blockchain gaming, Web3, and DeFi startups and networks.

Decentralised Finance (DeFi) uses smart contracts to disintermediate brokerages, exchanges, and banks, and as such is considered to have significant disruptive potential.

Approximately 50 percent, or $200 million of FVIII will be earmarked for investments in the burgeoning blockchain gaming space. Framework now manages approximately $1.4 billion in assets, making it one of the largest venture investment firms in the blockchain industry.

90 percent of Framework’s managed assets are from a small set of institutional stakeholders.

“Framework and Framework Labs played a crucial role as we bootstrapped Tokemak, and continue to serve as one of the most active stakeholders in our ecosystem” said Carson Cook, Founder of Tokemak.

“As far as we can tell, they’re among the most crypto-native investors in this industry.

"If you’re launching a network and need a crypto-native partner, we think Framework is the place to go, ” he said.

Framework was co-foundered by former Netflix and Snap executives Vance Spender and  Michael Anderson and was one of the first VC funds to commit heavily to DeFi in 2019.

At the time the entire sector was believed to be worth less than a billion dollars in size.

More recently the firm has positioned itself as one of the largest and earliest investors in a variety of now multi-billion-dollar protocols that span the DeFi landscape, such as oracle leader Chainlink, lending giant Aave, indexing protocol The Graph, and liquidity network Tokemak, among others.

As the social crypto and blockchain gaming markets have emerged and matured, the company says it is expanding beyond DeFi into these new verticals, making investments in the widely adopted web3 tool Zapper and the multi-billion dollar blockchain game, Illuvium, among others.

“We believe we have pioneered a new style of crypto investing, and we have and intend to deploy it aggressively across other major verticals in the blockchain industry” said Spencer.

“Founders understand our cultural influence in the space because our affiliate, Framework Labs, has spent the last three years building alongside them, running nodes, participating in on-chain governance, building tools, staking and more. As a result, we believe we’re well-positioned to outperform our competitors, including the Sand Hill set that is only now coming into crypto and web3. Each new technology asset class creates new VCs that help upend the status quo, and Framework is one of them.”

Launched in 2019 and expanded in 2020 with an $8 million raise, Framework Labs was created as part of the Framework team’s thesis on “network capital”; the idea that crypto investing requires VC firms to actively participate on-chain to help protocols achieve their goals, foster their communities, decentralise and thrive.

Framework Labs for instance runs one of the largest indexer nodes on The Graph, as well as a Chainlink node that services 201 different price feeds in use by a multitude of apps across multiple chains. Framework Labs is active in various on-chain functions and is a prolific user of DeFi services today.

Framework’s investor team says it has identified blockchain gaming as a potentially significant growth area over the next five years, and as such has already committed heavily to different segments of this sector, leading early rounds in Stardust, a noteworthy gaming infrastructure project, and Illuvium, a $6 billion project that appears poised to be the blockchain industry’s first Triple-A game. By earmarking approximately $200 million of FVIII towards blockchain gaming, Framework is reinforcing its commitment to this emerging space.

“We think this is really the end of the beginning for crypto, and consumer-ready experiences such as gaming are ready to open the floodgates in terms of new users” said  Co-Founder Anderson.

“I believe the next stage of the blockchain industry will be entirely about onboarding new users, and we think gaming is by far the biggest top-of-funnel opportunity. As the economics of play to earn models converge with triple-A games that are actually fun to play, we expect an explosion of growth for this sector. Over the next few years, we predict that blockchain gaming will become one of the largest forms of employment in the world, with billions of people attracted to the allure and access of better economic opportunities found in entirely new digital universes”.

Typically Framework strives to target only 4-6 percent ownership of a token’s supply, thereby leaving the protocol in the hands of its user base. This, it says, is because of its commitment to community ownership.

The founders say their strategy is to take a decade-long time horizon approach to investing, and the firm has structured its funds in a manner akin to the traditional venture model.

They describe their approach to investing as  "low quantity and high conviction"  and, historically, has led approximately 80 percent of the major funding rounds in which it participates.