McKinsey says $120B already invested in metaverses in 2022 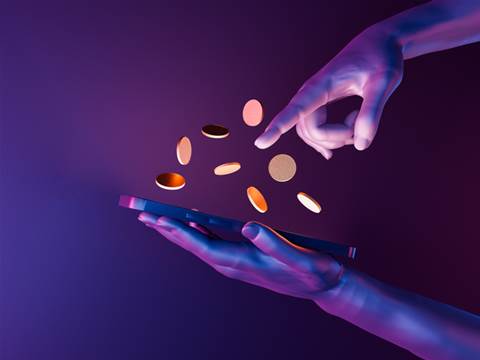 Interest into the metaverse has skyrocketed in 2022, nearly every week there is a new report of another organisation investing into Web3 or creating a new line of NFTs, a new McKinsey report breaks down what is behind this bourgeoning investment.

The report, Value Creation in the metaverse, highlights that already more than US$120 billion has been poured into the metaverse in 2022, more than doubling the 2021 total amount of US$57 billion.

From those investments, the investors behind the funds can be split into three categories: large technology companies, venture capital and corporations and brands, according to the report.

Large technology companies can be seen as Meta, Microsoft, Nvidia, Apple and Google. Facebook changing its name to Meta and Microsoft’s acquisition of Activision Blizzard are some of the key moves from these companies.

Corporations and brands outside of tech are putting resources behind efforts to get ahead, McKinsey reports.

Disney appointed a senior executive to oversee its metaverse strategy, for instance, while LEGO invested in Epic Games (makers of Fortnite). Epic Games also collaborated with luxury brand Balenciaga, which has created a dedicated metaverse division and launched its latest collection inside a virtual space.

Sectors leading investment include energy and resources, high technology, media and entertainment, those falling behind McKinsey identified as construction and transport and logistics.

Why are they investing?

McKinsey points out several factors to why these organisations and entities are spending the big bucks within this developing sector.

Firstly, with ongoing technological advances, while significant technical challenges remain, leaders have seen blockchain spark the decentralised creator economy and emerge as the most promising current technology for achieving the promise of the future metaverse for interoperability between worlds.

Other advances include the improved availability of back-end engines, edge computing powering the metaverse, the emergence of 5G, devices merging the physical and virtual world and the development of advanced software.

Another factor to an increase in investment is growing stakeholder readiness. As gaming has a major prominence additional use cases are emerging rapidly—including new AR/VR-powered social-media experiences, immersive retail, entertainment, sports, and education.

Ken Wee, chief strategy officer at Activision Blizzard told McKinsey, “Gaming is already incredibly social and you have continuous innovation of social features. But as you’re trying to draw in people who don’t self-identify as gamers, a more extensive set of social-engagement mechanisms is going to be required to convince them to spend more time in the metaverse.”

Companies are also experimenting with the metaverse, Gucci has created a number of NFT drops, Nike has Nikeland in Roblox and US fast-food company Wendy’s has had an event in Fortnite and has a presence on Horizon Worlds.

McKinsey noted five daily activities that will occur in the metaverse for the long term: gaming, socialising, fitness, commerce and remote learning.

“Use cases beyond gaming are not just in the future, they’re already emerging,” the founder and CEO of XR Safety Initiative Kavya Pearlman told McKinsey.

“According to the United Nations, 1.6 billion children moved to online learning with the pandemic, so this is an area ripe for disruption where many people are looking for alternatives. We’re also seeing a lot of experimentation within the medical field, such as using HoloLens for assisted surgeries.”

The metaverse will also enable incremental improvements in the enterprise space, improving current solutions and creating entirely new products. Some of these categories include enhanced remote collaboration, reimagined learning and development, and digital twins.

The report’s authors said, “The metaverse sits at this inflection point in its evolution due to factors ranging from the size of the opportunity to drivers of expected growth and the amount being invested.

“We believe the intense interest of the past year ignited dramatic corporate experimentation which has laid a foundation for the metaverse’s evolution and will likely maintain momentum for the foreseeable future.”