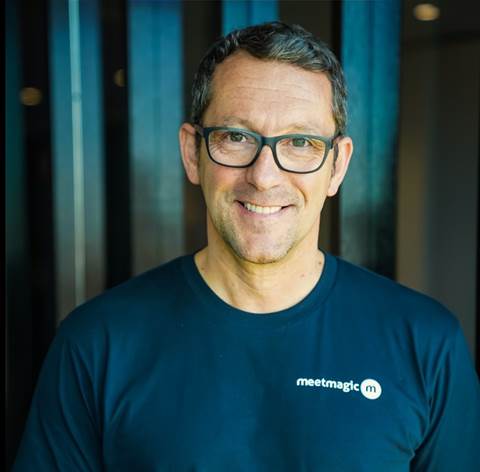 Getting a message in front of key decision-makers is, paradoxically, both much easier and much harder.

Time is a zero-sum game and for senior executives, the path to irritation is wider than ever with LinkedIn, email, messaging, and occasionally still phone calls providing an ever-expanding channel for eating those precious daily minutes that go to make up the typical 55-60 hour week the 24/7 crowd endure.

And then, of course, there’s social media

According to Andrew Matuszczak, group executive - chief transformation and information officer at Commonwealth Superannuation Corporation, "I will often get 20-30 requests per day for lunch, dinner, coffee or a meeting."

Increasingly the executives that meetmagic helps are seeing benefits for their own businesses from the platform, especially in areas such as recruitment.

Accordig to Carl Gough, meetmagic founder, "Because of the pace of technology change, businesses and leaders need to keep up with trends in the market to attract and retain talent but because of the sheer amount of requests for their time, often miss out."

"Secondly, the introductions help me solve current problems in the areas I'm focused on. The meetings are general networking and discovery giving me ideas for our future state infrastructure which also allows me to attract talent into our business."

Meetmagic was formed in 2017 with a view to creating a sustainable fundraising model for charities by reimagining how business leaders engage with the market.

Gough saw the wastage behind the drive to win often meaningless leads and sensed an opportunity to repurpose that money and solve a real business problem.

“At meetmagic, we enable meaningful connections and reduce the waste in time, effort, and money businesses spend to generate leads and carry out their due diligence when sourcing vendors and searching for information to learn about the latest technology and trends.”

“We're on a mission to donate $250 million to charity by 2030, so we can significantly shift the dial on the UN Sustainable Development Goals.”

From an ESG perspective, Gough says that giving back is also very difficult for executives. It's not that they don't want to, but thanks to Covid, business leaders have over 40 per cent increase in meetings, the lack of time to volunteer is often caused by unnecessary meetings.

Automation and sequenced emails only compound the problem for executives as B2B marketing teams continue their vicious quest for meetings and lead generation tactics has become more aggressive.

Gough says that getting airtime with executives and business leaders using traditional B2B marketing methods is slow, costly and unpredictable.

“meetmagic has solved this problem by repurposing budgets to make a difference," he said.

It’s a message that resonates with platform users.

"No one's has time to waste time, but are you that busy that you can't find 45 mins to do good?" questioned Steve Jurkovic, CEO at Kiwi Bank New Zealand.

Commonwealth Superannuation Corporation's Matuszczak concurs saying the incoming requests he gets are often overwhelming, "meetmagic cuts through the noise and do good at the same time."