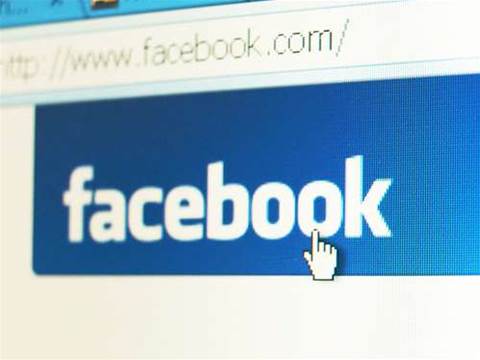 Maybe it's time to take consumer privacy seriously. Just ask Meta Platforms' (nee Facebook's) COO Sheryl Sandberg. Even as her company was experiencing the worst loss of value in a single day of any US company ever she was meeting with investors on its Q4 earning explain why.

Sandberg said the company faced headwinds as a result of the iOS changes, creating two challenges for advertisers. First, the accuracy of its ads targeting has decreased, increasing the cost of driving outcomes and second, measuring those outcomes has become harder.

The collapse in Meta's share price was stunning after it issued disappointing guidance for Q1. By way of comparison, the company's stock lost more market value overnight than the entire market capitalisation of mining giant BHP.

The company’s shared plummeted 27 percent close to $322 billion in market value overnight, with commentators are saying this is potentially lining up to be the biggest one-day drop in history.

A few days prior, the company formerly known as Facebook posted its Q4 and annual results where it posted losses for the first time since 2018. The company's quarterly profits came in at US$10.3 billion, a decrease of 8 per cent. Its income from operations was US$12.5 billion, a slight dip from the year prior.

At the news of its results, Meta shares crashed more than 20 percent after the company announced it missed the market's Q4 earnings expectations.

The social media giant also blamed Apple’s new privacy changes on its operating system which it said made it harder to target and measure ads on Facebook and Instagram.

When asked about the US$10 billion “headwind” of Apple’s new privacy laws during the investor call David Wehner, CFO at Meta said, “We're just estimating what we think is the overall impact of the cumulative iOS changes to where 2022 -- our 2022 revenue forecast is.

“If you kind of aggregate the changes that we're seeing across iOS, that's sort of the order of magnitude. We can't be precise on this. It's an estimate. We've got ranges on the impact to our business. So we think it's a substantial -- the substantial headwind to work our way through,” he said.

Gai Le Roy, CEO of IAB Australia said although the stock market reaction to recent earning calls is much more nuanced than just the impact of privacy changes, there is no doubt that the reduction in marketing signals and cross site tracking is having, and will continue to have, an impact on the digital advertising industry.

"Companies across the whole media value chain, from media owner to marketer and everyone in between, will have to spend money and time on reconfiguring their targeting and measurement solutions due to privacy related changes whether that be tech driven (e.g. Apple’s ATT) or through regulatory changes," she said.

Le Roy noted some of these new changes will be new ad tech solutions for managing signals in a privacy compliant way and some will be the re-invigoration of old school media evaluation like market mix modelling and experimental design.

"There will be a readjustment and reassessment of advertising impressions while new solutions are developed to assess the impact of ad impressions.

"However, while there is still great demand for consumers to use free or subsidised content and services along with marketers wanting to reach them in an effective way the market will adjust to these changes over time," she said.

In the same call, CEO and founder of Meta, Mark Zuckerberg barely acknowledged the results but said there are two things that have impacted the business which is competition aka TikTok and being “in the middle of a transition on our own services towards short-form video like Reels”.

The company's Reality Labs division where it makes VR goggles, smart glasses and gadgets lost more than US$10 billion in 2021. According to the New York Times, the US$10 billion figure is nearly five times more than what it cost the company to buy Oculus in 2014 and ten times what it paid for Instagram nearly 10 years ago.