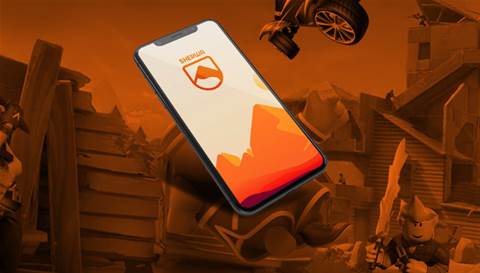 NFT Technologies has proposed the acquisition of Sherwa Online Services, a private company responsible for the development of the Sherwa gaming platform.

In the past, Sherwa has partnered with major developers like Riot Games and Epic Games Store to facilitate better gaming experiences for their players.

NFT Technologies' ability to deliver Web3 projects for blue-chip brands, together with Sherwa's access to more than one million gamers worldwide, will aid the company in meeting its long-term ambition to help transform the gaming industry.

Through the combined offering of NFT Technologies' new gaming platform and the new addition of Sherwa’s gamer base, NFT Technologies will be better able to provide some of the largest gaming studios with an opportunity to gain players fast by offering them competitive rewards.

NFT Technologies and current shareholders of Sherwa entered into a binding letter of intent with respect to the transaction on June 16, 2022, which is subject to several conditions to completion, including entering into a definitive agreement.

On closing of the transaction, NFT Technologies is expected to issue an aggregate of 2,500,000 common shares, issued pro-rata to the shareholders of Sherwa in exchange for acquiring all of the issued and outstanding shares of Sherwa.

Under the terms of the agreement, NFT Technologies will assume Sherwa’s outstanding related-party loans and expects to settle such loans on closing.

Wayne Lloyd, executive chairman of NFT Technologies said in play-to-earn (P2E) gaming, players are the most valuable asset and with this acquisition, NFT Technologies is gaining access to more than a million dedicated users.

He said, “The negotiation power this gives NFT Technologies in partnership and business discussions with play-to-earn games can’t be quantified in words. We’re extremely excited to bring these users into P2E.

"Exciting times to explore the opportunities in the space with such a large pool of gamers when we look at leaders in the ecosystem, like Axie infinity that have 300k monthly active users but have a fully diluted market cap of US$4.2B.”

Luiz Persechini, CEO and co-founder at Sherwa said, “The move from Web2 to Web3 gaming is extremely interesting and exciting to us. The team at NFT Technologies are visionaries, and exactly what our team needs to grow our business. We’ve already worked with large gaming publishers like Riot and Epic games and are excited to bring our relationships and expertise into this growing trend within gaming.”

Last week, Epic Games announced that they will support P2E gaming on their platform of over 160m users, as well as the listing of the first NFT game on the Sherwa Platform, Grit.

Founded in 2018 by Luiz Persechini, André Gross and Pedro Vasconcellos, Sherwa is a startup created to develop smart solutions for the modern gamer, in a safe environment and with the necessary support to ensure gamers’ fun. Headquartered in Canada, the company is gamer-owned and gamer-focused. In April 2022, Sherwa reached the milestone of 1,000,000 downloads.