Relevance is customer and situationally specific 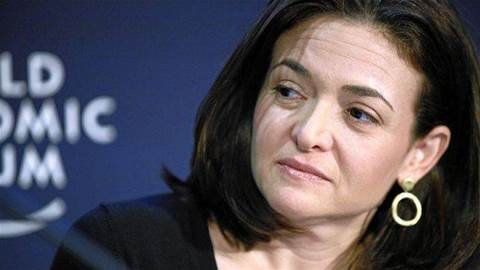 The people who know her best will be effusive in their praise, largely because she and Mark Zuckerberg made them hugely wealthy as well.

Everyone else, not so much.

Not so much, for instance,  Atham-Lebbe Farsith, a waiter in a one-room curry house in Ampara, a town in Sri Lanka. He was beaten within an inch of his life by an angry mob whipped into a murderous frenzy by genocidal maniacs, who used Facebook’s monster-making machine to make monsters.

Not so much the villages of the Rohingya, slaughtered by the army of Myanmar after its soldiers were ordered to “kill all you see”, as we reported last year.

John Birmingham wrote at the time, "According to a report by the Simon-Skjodt Centre for Preventing Genocide, the United States Holocaust Memorial Museum, 'Myanmar Army soldiers slit throats; burned victims alive, including infants and children; and beat civilians to death. State security forces opened fire on men, women, and children from land and helicopter gunships at close range and at a distance, killing untold numbers. Survivors from some villages also reported how soldiers slashed women’s breasts, hacked bodies to pieces, and beheaded victims.' "

Not so much either the 50 New Zealand Muslims massacred by a white supremacist who live-streamed his atrocity on Facebook.

Sandberg waited two long weeks before responding with a letter to the New Zealand Herald.

I guess she was too busy "leaning in".

Sandberg was supposed to be the adult in the room, at a time when Zuckerberg was still largely a neophyte. Is she more culpable than Zuckerberg? No. But she’s the one cashing out and when company leaders are willfully blind to the damage they do in society, their actions need to be called out.

For those who argue that Sandberg and Zuckerberg should not be held accountable for how their product is used, tell that to IBM which sold counting machines to the Nazis and which almost 80 years later still lives with the stain.

Or tell it to Facebook whistleblower Frances Haugen who belled the cat on that particular argument in testimony to the US congress.

She said,  “The documents I have provided to Congress prove that Facebook has repeatedly misled the public about what its own research reveals about the safety of children, the efficacy of its artificial intelligence systems and its role in spreading divisive and extreme messages. I came forward because I believe that every human being deserves the dignity of the truth."

During her opening statement, she said, "I saw Facebook repeatedly encounter conflicts between its own profits and our safety. Facebook consistently resolved these conflicts in favour of its own profits. The result has been more division, more harm, more lies, more threats, and more combat. In some cases, this dangerous online talk has led to actual violence that harms and even kills people.

"This is not simply a matter of certain social media users being angry or unstable, or about one side being radicalised against the other, it is about Facebook choosing to grow at all costs, becoming an almost trillion-dollar company by buying its profits with our safety."

Enjoy the money Sheryl, every last rotten blood-soaked penny. I recommend a European holiday. Maybe check out The Hague.