Over a third of the manufacturing industry has reduced emissions: CommBank report 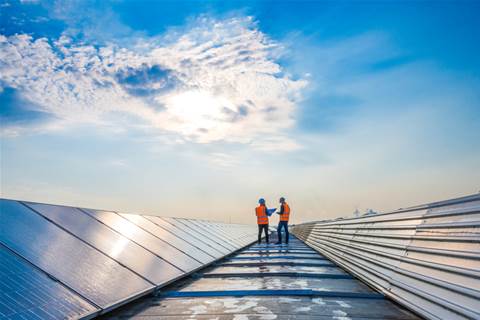 The manufacturing industry is slowly reducing its emissions, with a new CommBank report highlighting 38 percent of manufacturers have taken action to reduce their carbon footprint.

Of these manufacturers, 45 percent have an emissions reductions target.

According to the inaugural CommBank Manufacturing Insights report, manufacturers are progressing faster than expected across 14 of the 17 sustainability initiatives examined by the research.

Among the most widely adopted sustainability initiatives are: increasing workplace safety and wellbeing at 55 percent, a culture that promotes diversity and inclusion 53 percent, followed by waste reduction 50 percent, and package reduction and recycling 49 percent.

Paul Fowler, executive general manager of regional and agribusiness at CommBank said, “It’s encouraging to see sustainability initiatives running ahead of schedule and the industry identifying opportunities to make a more positive impact across the supply chain. But, with many yet to tackle emissions and set clear targets, it shows there is plenty more to be done."

The report found Australian manufacturers consider new technology to be one of the three ‘top growth drivers’. According to the report, 67 percent of manufacturers had already increased their investment in technology during the pandemic, with 72 percent now planning to expand technology budgets in the next 12 months.

Fowler said, “Our regional manufacturers invested in new equipment and technologies, expanding their product range, and worked closely with suppliers and partners to ensure their supply chain efficiency.

“In agriculture, we’ve seen increased demand for energy-efficient equipment finance, particularly tractors, with growth in this space exceeding 12 percent in the past 6 months as many farmers think about ways to enhance their productivity and equipment efficiency.”

Across all the manufacturers surveyed, 42 percent plan to adopt intelligent automation, while 37 percent will introduce digital data/advanced analytics, and 39 percent are set to embrace artificial intelligence.