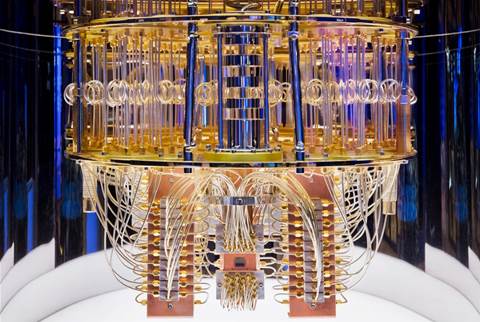 IBM revealed in its recent roadmap to achieve large-scale practical quantum computing that the improvements to quantum systems in the next five years, in combination with classical computers, are expected to deliver the scale, quality and speed required of quantum computing to deliver tangible benefits to business.

The roadmap indicates how IBM plans to improve the accuracy and speed of quantum workflows to solve problems cheaper, faster and better than classical computers can do alone.

According to Dr Jerry Chow, director of quantum hardware system development at IBM Quantum, “We are taking this next step of evolving towards quantum advantage, but with this piece of our qubits in combination with bits, running these quantum circuits and finding those quantum circuits of value is going to be all about the type of infrastructure we build over the next few years.”

However, as the infrastructure evolves and scientific breakthroughs drive business value from quantum computing, organisations are already experiencing difficulty in hiring quantum talent.

According to Katie Pizzolato, director, theory & applications at IBM Quantum, the same issues organisations are facing when it comes to talent shortages in AI, exist for quantum computing.

“I don't think it's a duplicate workforce, it's more about the evolution of the skills and how do we keep up?” said Pizzolato.

“A lot of organisations are behind in those types of technology evolutions. I see this as a similar turn and then a similar difficulty of how do you upskill that group?”

While there are already plenty of job opportunities in quantum computing, there is not enough expertise to fill the roles, said Olivia Lanes, IBM Quantum’s North American team lead for quantum education and Qiskit Research.

“There are lots of people who are interested in joining the quantum workforce, but don't necessarily have the exact right background and some of these job postings are very niche,” said Lanes.

“We're also seeing a lot of hiring managers shift the way of thinking in terms of who they want to hire because they realise that the perfect candidate for their job might not exist yet.”

As businesses prepare to leverage quantum computing for when quantum advantage is realised, Pizzolato said that executives need to understand quantum computing to a point where they can determine where quantum could be valuable and applicable to their business.

“They need to know, what are the things that I should look at that quantum can be useful for?

“But I don't think they need to know what a qubit is, or how they work,” she said.

Velvet-Belle travelled to New York as a guest of IBM to visit the IBM Thomas J. Watson Research Centre at Yorktown Heights and tour the quantum computing labs.

I have read and accept the privacy policy and terms and conditions and by submitting my email address I agree to receive the Digital Nation newsletter and receive special offers on behalf of Digital Nation, nextmedia and its valued partners. We will not share your details with third parties.
© Digital Nation
Tags:
ibmquantum computingskills
By Velvet-Belle Templeman
May 25 2022
8:30AM