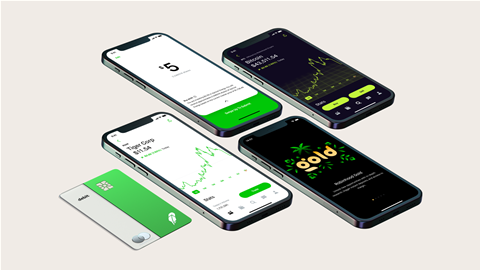 Shares of Robinhood Markets rose more than 13 percent on Wednesday, a day after the commission-free brokerage announced job cuts and posted a smaller-than-expected quarterly loss in an earnings announcement that came a day earlier than scheduled.

However, investors cheered Robinhood's move to reduce expenses via another round of layoffs, which will cut its headcount by 23 percent, on top of the 9 percent of full-time staff laid off earlier this year. The company also said it would change its organisational structure to drive greater cost discipline.

Analysts welcomed Robinhood's bid to get its expenses under control, suggesting the move could be positive for the company's flailing stock.

"We believe these cost reductions will likely drive the company to profitability in the near term and could drive shares higher," Goldman Sachs analysts wrote in a note.

Fintech stocks including Robinhood bore the brunt of a broader market decline, as a risk-off environment coupled with higher funding costs and sluggish e-commerce growth led traders to pull back from high-growth tech shares so far this year.

Shares of Robinhood, which were sold at $38 a share in its initial public offering last year, have shed more than 70 percent since the company’s debut on NASDAQ.

In common with other high-growth tech firms, Robinhood has yet to turn a profit since its market debut, although some analysts took Tuesday’s announcement as a positive sign that the company is on an upward trajectory.

“We believe that once the market digests the 'shock' from the layoff's sheer size, investors will shift focus to fundamentals and (the) path to profitability,” Mizuho analysts said in a research note.

Robinhood is one of many fintech upstarts that have started slashing jobs ahead of an expected recession, along with crypto exchange Coinbase Global, buy-now-pay-later company Klarna and NFT platform OpenSea.