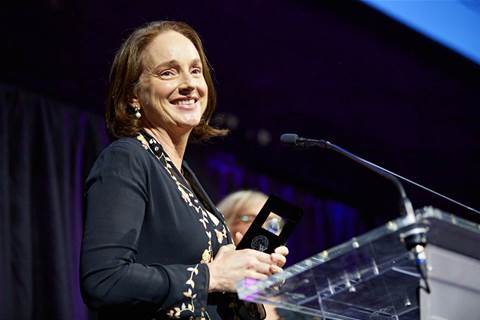 Helen Frazer won both the AI in Health Award and the WAI Innovator of the Year Award at the Women in AI Australia and New Zealand Awards 2022 last week.

The celebration honoured women for using artificial intelligence to advance their fields, with 14 award categories ranging from industries like law, manufacturing, and cyber security.

The adjunct professor of the University of Sydney and clinical director of St Vincent’s Breast Screen department led a team of researchers on a project that made breast cancer detection more accurate, cheaper and less stressful for women undergoing diagnosis.

Human interpretation of mammograms—x-rays of the breasts—are complex and challenging and result in thousands of Australian women receiving false positives and false negatives every year.

The BRAIx project received $2.26 million in funding from the commonwealth government’s Medical Research Future Fund to improve the detection of the most common cancer affecting women.

Professor Frazer told Digital Nation that the project had four streams, “The first stream is image classification, training algorithms to be able to detect breast cancer on 2-D mammograms.

“The next stream is a risk prediction stream, which is not only the mammogram but also the associated non-image data, the woman's age, does she take HRT [hormone replacement therapy], does she have a family history? Has she got a symptom?

“Then all of the other information that occurs on the pathway, like did she have an abnormal mammogram? What did the radiologist think about the mammogram? What scores did they give it? Ultimately, what treatment did she actually have? Did she die from the disease?”

Frazer said the department has a complete structured data set, which is "wonderful for AI and training algorithms".

She said, "The other stream that we're looking at is trust explainability. How do we build client and clinician trust in algorithms?

"We're doing that through some qualitative research, interviewing radiologists, interviewing clients that come to the program to get their sense about how they feel about algorithms being used in breast cancer screening.

“As well as the data scientists at the Australian Institute of machine learning that are unpacking the black box and trying to explain the outputs of the system.”

Frazer told Digital Nation, “the women in AI awards are so important. They recognise the achievements of women in the STEM fields of which women are really underrepresented.”

The professor said as technology transforms the health sector, "it's important for women to have a voice as we tackle some of the ethical, legal and social implications of artificial intelligence."

She said, "The technology has evolved to a state where it's pretty much there, the algorithms are doing brilliant jobs. But the blockers for artificial intelligence are going to be people factors. In terms of ethics, a big challenge is in the data sets that we train the algorithms on. Are the minority groups biased, for instance, in the data sets? Are they underrepresented?

“Which in healthcare is so important to understand and evaluate, because we want to be closing gaps, and we want to make certain that the AI can be used for good and to improve health equity, and to really represent minority groups.”