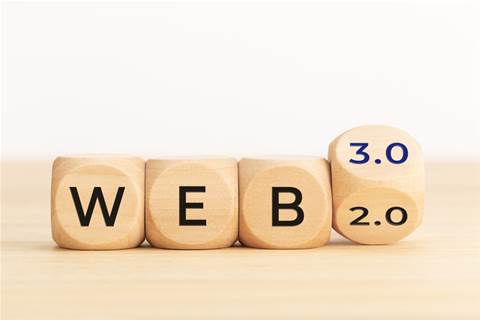 As organisations gear up to make sure their business is aligned with web3 and the metaverse these are the clear business differences between web3 and web2.

According to Gartner, web3 enables peer-to-peer interactions with no reliance on centralised platforms and intermediaries. Users own their own data, identity, content, and algorithms, and can govern the blockchain protocols they use by owning governance tokens. Users participate as “shareholders” by owning the protocols’ tokens or cryptocurrencies.

Web3 goes back to the decentralised ways that web2 removed, the power is put back into the hands of the creatives and consumers rather than the corporates.

For example, Web3 disrupts gatekeepers’ targeted-advertising businesses by shifting ownership of required consumer data away from gatekeepers and to consumers themselves.

Web3 uses a stack of technologies, based on decentralised blockchains, that enables new business and social models. Blockchain-based smart contracts run applications that eliminate intermediaries and the administrative overhead of controlling centralised entities.

Tokens and cryptocurrencies power the business models and economics of web3 and are built into the blockchain protocol.

According to Gartner, web3 provides building blocks for new types of applications. It supports new business opportunities in relation to, for example, the monetisation of nonfungible tokens (NFTs) in new “metaverse” applications.

“The terms metaverse and web3 are often conflated, but they actually describe distinct (yet related) concepts. Metaverse denotes an evolving vision of a digitally native world in which we will spend our time working, socialising and engaging in all types of activities,” the authors explained.

Web3 provides decentralised protocols and a technology stack that can be used to build parts of a metaverse, and the new communities and economies that it will enable.

Web3 and Web2 differences can be showed through several business applications such as trust model, governance, business model, content and user participation models.

For trust model in Web2, there are centralised services, servers and software and consumers trust the companies behind them. For Web3, it is decentralised, peer-to-peer, there is no central authority and no single point of failure. Trust is minimised, so consumers must trust the decentralised protocol.

For governance in Web2 power is consolidated among digital and with web3 decentralised autonomous organisations (DAOs) where governance is distributed to stakeholders or governance token holders.

The user participation model in web2 offers free services in exchange for user data. There are also payments made to intermediaries for running services and software. For web3 users own their data and content and can monetise it. Payments are made directly to blockchain transaction validators.

Some applications of web3 include decentralised finance protocols such as Aave and MakerDAO give users lending and borrowing services run by smart contracts that eliminate the need for intermediaries.

Content creators like singers and artists are selling their work using NFT smart contracts that ensure that they — and not intermediaries — are paid for their work based on contract terms that they set themselves whenever, for example, they sell an artwork.