The role of quantum computing and AI in reversing climate change: McKinsey 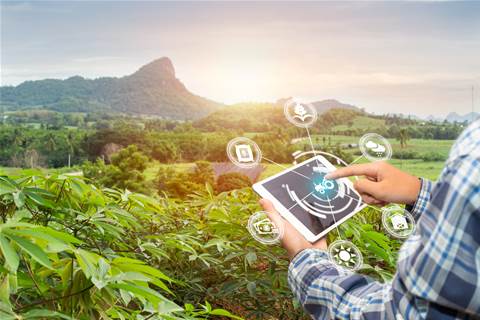 As the world grapples with the existential crisis that is climate change, technologies including quantum computing and AI can play a crucial role in reversing the damage.

According to a recent McKinsey and Company report, as businesses prepare for quantum advantage, they must consider the value in quantum computing as a significant tool for decarbonisation and limiting global warming to 1.5 degrees.

“Meeting the goal of net-zero emissions that countries and some industries have committed to won’t be possible without huge advances in climate technology that aren’t achievable today. Even the most powerful supercomputers available now are not able to solve some of these problems. Quantum computing could be a game-changer in those areas,” the report said.

The authors have attested that quantum computing could be leveraged to develop climate technologies that would contribute to an additional seven gigatons of carbon dioxide abatement by 2035.

According to the authors, “Quantum computing could bring about step changes throughout the economy that would have a huge impact on carbon abatement and carbon removal, including by helping to solve persistent sustainability problems such as curbing methane produced by agriculture.

"Making the production of cement emissions-free, improving electric batteries for vehicles, developing significantly better renewable solar technology, finding a faster way to bring down the cost of hydrogen to make it a viable alternative to fossil fuels, and using green ammonia as a fuel and a fertiliser.”

In a separate McKinsey report, Jeremy O’Brien, one of the world’s leading quantum computing experts, and co-founder and CEO of PsiQuantum explained the significance of quantum computing in providing better solutions for carbon reduction technologies such as carbon capture and for electric batteries.

“That is exactly where quantum computing will play such a critical role: in breaking through these scientific and technical barriers.”

The most recent Intergovernmental Panel on Climate Change (IPCC) report reveals that with proper governance, digital technologies can contribute to climate change mitigation and assist in meeting the United Nations’ 17 Sustainable Development Goals.

“Sensors, Internet of Things, robotics, and artificial intelligence can improve energy management in all sectors, increase energy efficiency, and promote the adoption of many low-emission technologies, including decentralised renewable energy while creating economic opportunities,” the IPCC report says.

However, the authors caution that mitigation gains can be counterbalanced by trade-offs including increasing electronic waste, negative impacts on the labour market and the growing digital divide.

I have read and accept the privacy policy and terms and conditions and by submitting my email address I agree to receive the Digital Nation newsletter and receive special offers on behalf of Digital Nation, nextmedia and its valued partners. We will not share your details with third parties.
© Digital Nation
Tags:
aicarbon captureclimate changequantum computingsustainability
By Velvet-Belle Templeman
Jun 20 2022
4:44PM