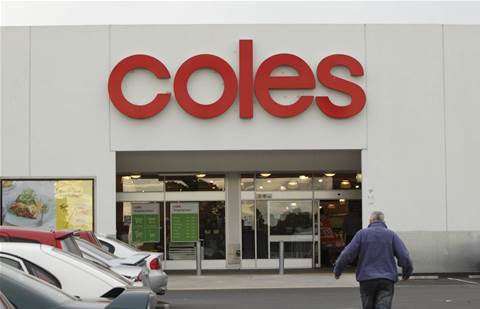 Coles Group has transformed its human resources and payroll with a "wall-to-wall" implementation of SAP SuccessFactors.

Speaking at SAP's annual SapphireNow conference, Coles' general manager of people and culture Tammy Ryder said the 18-month project transformed a 16-year-old patchwork of systems that "was overdue to be modernised".

“We had a lot of separate systems that were interconnected and sort of plugged together rather than a seamless or deep integration [of systems],” Ryder said.

“What that meant is people were moving from different systems and different pieces of software to do different things and that led to confusion.

“It also meant that our people and culture business partners were having to do this broad spectrum of activity.”

Coles eventually went from “start to launch in about 18 months” with all SuccessFactors modules switched on across all branded and back-of-house operations, including its distribution and support centres.

“We turned everything on [in] one day, so one system went off and one system came on, and that's how we approached [the transformation]," Ryder said.

“You've got a choice of which road to take and so we took the big bang road.”

Had Coles chosen to deploy modules separately or progressively across its operations, the effect of the transformation would have been considerably delayed.

"If you start cutting it apart, particularly in a business of our size, you'll just have so many cuts that the transition could go on for years," she said.

Ryder said Coles “didn't just lift-and-shift” its existing environment and processes but instead committed to a much larger change.

"It wasn't just a system that changed," she said. "It was our whole way of working and our operating model - within people and culture and our broader Coles business."

Ryder said that Coles encountered “normal challenges” expected of an undertaking in such a "challenging and very complicated landscape”.

The scale was a key challenge, given the number of people whose payroll would be impacted if the project went wrong.

"It's 125,000 team members at Coles, which is one percent of the Australian working population," Ryder said.

"I will admit freely that first payroll [cycle being] executed ... when I knew that one percent of Australia's working population were going to get paid on time, that was a key deliverable and a key milestone."

The scale and breadth of the project was also a challenge to properly understand.

"I think the biggest challenge was people understanding the exact size and scale of the transformation and trying to understand the 'from' but also the 'to', and what that was going to look like," Ryder said.

"You're jumping around, changing processes and talking about change. There's all these different activities that you're trying to draw together.

"At times [even HR] were struggling to understand the sheer size and scale of what we were undertaking and how this whole thing was going to knit together."

There was also the extra challenge of executing the project during Covid-19, with the core team based in Melbourne and subject to the state's lockdowns.

However, once the system went live, Ryder said it was well-received, with over 100,000 Coles' team members accessing the system in the first seven days.

“They love that it's mobile enabled and they can do things anywhere, anytime. They find it very intuitive," she said.

“There's in-system prompts, we have [SAP’s] Enable Now configured so you can use that to guide you through the system.”

Coles has so far hired over 20,000 new team members through the new people and culture system, processed 750,000 applicants, and run performance reviews for 20,000 people.

Next on the roadmap

With the new SuccessFactors system bedded down, Ryder said a new roadmap of value-adds and activities kicked off in December last year.

“We see [SuccessFactors] as the ticket to the game ... as a way of enabling where we want to get to over the next five years," Ryder said.

“We want to embrace team member experience. We're excited about AI, robotic process automation and digitising the experience for our hiring managers, our line managers, and our team members."

Ryder said that "a number" of projects had already been kicked off.

“We're looking at how we can further enhance the candidate and hiring manager experience with our recruitment model," she said.

"SuccessFactors has some amazing global partners that you can work with and go in almost any direction that you want.

“We're very excited to be doing an Australian-first and working with one of those [partners]. That will go live early next year.”

Ryder said Coles will look further into virtual assistants with teams “dutifully working through and doing [new feature] releases, each and every month.”

Coles decided to bring in SAP S/4 HANA, alongside SAP Ariba for procurement and SuccessFactors for HR and performance management.

After successfully shifting onto the S/4 HANA platform at the end of 2019, Coles started work deploying the other SAP systems.