COVER STORY: Does culture really matter in a hybrid world? 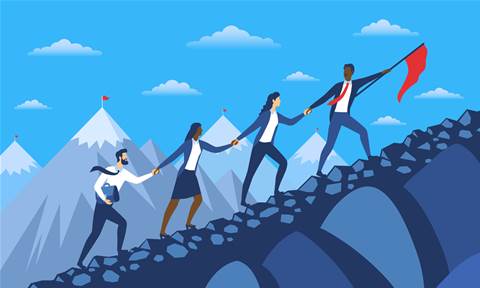 From Peter Drucker to Simon Sinek, business leaders have been blowing the culture horn for decades, insisting that workplace relationships and the environment fostered at work are key to employee engagement and business success.

And a strong culture can be both a boon and a crutch according to McKinsey and Company senior partner, Bill Schaninger.

Speaking in a company podcast last year, Schaninger who is an expert on the role of culture, values, and leadership said, "In part, culture is just a predisposition to behave a certain way. During the pandemic, there wasn’t a rule book. Previously, a lot of culture centered on getting work done. But over the past 15 months, we focused on workers first, which stressed some cultures."

"Now we’re asking what a return to the workplace looks like. This is an unbelievable opportunity to remake culture. It’s rare in a leader’s lifetime to have such a clean drop for reshaping how you run the place."

But in a world of remote work, where for many dispersed teams, ‘face-to-face’ means a zoom call, what makes a successful workplace culture is being called into question.

Digital Nation Australia spoke to a range of people and culture leaders to understand what a post-Covid workplace culture will look like, and more importantly, to ask, does culture even matter to employees whose office is at home?

According to Dee Monaghan, head of culture, engagement and behavioural risk at Bendigo and Adelaide Bank, the organisation has witnessed a disconnect forming between employees and the broader business, as silos solidify through the work from home arrangement.

However, in the same breath, immediate teams have been seen to form stronger bonds, where the relationships between staff and their immediate leaders are closer than ever.

“There was both anecdotal evidence and evidence collected through our Qualtrics platform that engagement increases in a lot of instances and connection to immediate manager increased because they were helping and supporting our people through what has been for most organisations and around the world a really challenging time,” said Monaghan.

“Where we've seen the ties fray is when you go outside of that immediate team. So your connection across the enterprise, your connection across divisions. And one of our cultural traits is silos. And so we have been quite challenged by a further hardening in some instances of those silos and those walls that exist because of the lack of incidental moments that you might have because everything has to be intentional. Everything has to be a meeting that is prescribed.”

Christian Bartens, co-founder and CEO of Tribes.AI told Digital Nation Australia that the bonds between employees and the business have been weakened as a result of external factors such as the simplified experience of switching jobs, when the home office stays the same.

According to Bartens, its "way easier now to find a better paying job elsewhere."

"Who can turn down an extra $10K if all you have to do is log off today from your home office and log in again somewhere else tomorrow?" he asks.

"You don't have to move house or find a new commute or anything for a new job, all the stuff that made switching hard."

Steve Bennetts, psychologist and head of employee experience growth and strategy at Qualtrics, said that the traditional ways of fostering healthy and successful workplace cultures do not work in the post-Covid world.

“Employers need to be aware that the ways they reinforce and cultivate culture today are different compared to two years ago. The traditional ways of doing things need to be taken off autopilot and adapted for hybrid environments,” said Bennetts.

“It does take a really different type of leadership. And I think if you pretend that it's the same, you end up in trouble,” said Gray.

Gray said that leaders have had to rethink the reasons why people choose to work for the business, as traditional means no longer drive diversity or inclusivity. Leaders have to consider what works for everyone.

Fostering a workplace culture that suits the needs of a modern workforce, depends on generating a true sense of belonging, according to Qualtrics’ Bennetts.

“Through our own research of workers across Australia, we know having a culture where people feel like they belong is one of the most important drivers of engagement and intent to stay. When you place this in the context of the current job market and the changes in the way we're working, considering and managing the current and future impact of hybrid work needs to be a key focus as businesses iterate and refine their ways of working."

According to Cathy Doyle, chief people experience officer at Symbio Holdings, one outcome of the pandemic that she has seen on the workforce is a greater level of empathy among teams to the stresses and pressures that individuals are facing, as the lines between work and home blur.

“I used to get complaints where people would be able to say, ‘This person's always picking the kids up from school. What about me?’ I've not heard one person complain that they've had to cover for a colleague for homeschooling. So the whole mindset, I think, shifted from a support point of view.”

She encouraged transparency when it comes to the challenges in maintaining a work-life balance as if leaders are open about the support that they need, it gives the whole organisation permission to do the same.

“You're sharing all of your life and your work in that sense. So if you're open and you're honest with that, there is nothing people wouldn't do to support you and it's reciprocated, which is great. And that's the culture that you want as well.”

Carlisle Homes general manager of people and culture, Krista Hunt highlighted pride as a key element to successful workplace culture and suggested that it is through pride that employees feel connected to the business.

“It’s not the pats on the back or the recognition program, it's just knowing that you're doing something great and making that impact. Given that we're not getting that natural, organic feedback, I think people's level of pride has eroded in a way, not just from their work, but if you think about what we've gone through as Australians and here in Victoria, perhaps people's pride in their life has eroded a little bit as well,” said Hunt.

“I think one of the easy things to pinpoint that on is your job because that is a bit more transactional.”

While work from home has presented its challenges across the board, according to Bendigo and Adelaide bank’s Monaghan, it is the newer hires that have been hit the hardest.

The bank has seen its highest attrition rate among those who have most recently joined the business she said.

“There is an argument to say that those that don't have the same equity as people that have been here for more than two years, it is trickier for them to create those connections as quickly as you would if you're in a physical environment.”

According to Aesop’s global head of HR optimisation, Kent Cabrera, organisation’s need to invest heavily in the induction process in order to build tangible connections with new employees and effectively communicate the ethos of the organisation.

“When you're working remotely, people could be working on something very autonomously and only talking to the managers or only collaborating with people when they're actually working on a project or something together. But the rest of the time they could be working on their own. Compare that to an office environment, if you walk into an office for the first time and you see how people work together, how they communicate with one another, you get to help people find tools or resources. There's a lot of learning that people are missing out on, I believe right now, working virtually,” Cabrera.

While strong arguments support the benefits of remote work, it's important to consider what has been lost along the way, and the human connection is one such loss.

According to Monaghan, “The truth of the matter is there is something to be said about the physical human connection that the virtual one cannot completely replace.”