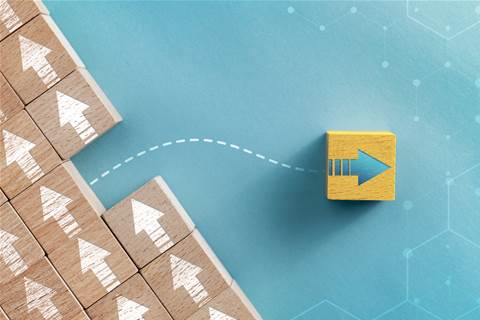 Title inflation has long been a feature among the technology executive class. IT directors became MIS managers, who were themselves usurped by chief information officers in the 1990s.

You can blame International Data Group for that last change. The then-dominant print publisher launched CIO magazine in 1987 and by the 1990s every tech leader worth his bonus wanted to be the chief, and now you can't wander down Mahogany Row without tripping over a phalanx of digital officers and data officers and customer officers ... and the list goes on.

Now it seems that CTO is gaining traction as the preferred professional moniker.

According to Ajay Thalluri, business fundamentals analyst at GlobalData, “Chief technology officer roles seemed to have gained prominence in the wake of increasing digitisation and direct-to-consumer strategies in 2021. Listings were not limited to the tech sector alone. Companies in banking and payments, aerospace and defense, insurance, and retail sectors witnessed significant listings for CTOs.”

While 10 years ago the career trajectory for a CTO may have been to one day become a CIO, this is no longer always the case, she said.

“The CTO really is the overarching decision-maker on how they're going to create a technology platform that underpins the business strategy, and whether that is more how they address the market, or how they continue to transform, it's a very strategic role now."

It probably doesn't matter if you are the  CTO or CIO, she conceded, while adding, "there's a slight preference towards CTO at the moment.”

Nicole Gorton, director at Robert Half told Digital Nation Australia that the CTO role requires a different skillset to that of the CIO.

“The role of the CTO offers more variety as it not only includes the management of a company’s technical infrastructure and helpdesk function, the CTO is also involved in the people, the product, and driving revenue whilst managing costs related to the function,” said Gorton.

“The CTO role is more tactical in nature and closely linked to the commercial aspect of the business, which is often perceived as more exciting.”

Gorton said SaaS businesses with recurring revenue streams, particularly in the start-up and scale-up worlds, have prioritised CTOs in their growth plans.

“With the push for further commercialisation, CTOs are expected to have well-developed people skills to engage, hire, and retain people, but also to engage strategically with other c-suite individuals.”

According to Robert Half’s Gorton, “Digital transformation and disruption have catalysed the creation of new tech-focused leadership roles including chief experience officer to optimise the customer experience and retain clients, and chief ethical officer to help manage the use of AI and data, while the chief technology officer has evolved to be a key strategic player within the C-suite.”