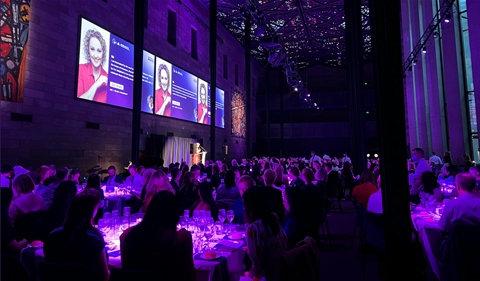 Commonwealth Bank of Australia's (CBA) use of AI to protect its customers from abusive conduct via transaction messages has been recognised at the 2022 Women in AI awards.

Women across 14 different industries were awarded trophies for using artificial intelligence to advance fields, such as infrastructure, sport, climate and agribusiness.

“I would like to share this award with the incredible data scientists who worked side by side with me in developing this model…[who] are committed to fighting against abuse and violence,” Dr Leontjeva said during her acceptance speech at a gala dinner hosted at the National Gallery of Victoria’s Great Hall.

In 2020 CBA discovered that more than 8000 customers had been harassed or intimidated through low-value deposits to their accounts, including domestic violence victims.

“We detect those messages and we send those results to the corresponding teams to deal with this on a case by case basis. People will send often one cent or two cent transactions, and they will put an abusive message in the description. Like, you would use Messenger or WhatsApp to say nasty things," she said.

“For many cases that we've seen, it is probably because [the abusers] are blocked on all the other platforms, and they tried to find a way to send their messages," Leontjeva explained.

“This is one of the most impactful and significant projects so far that they've done in CBA. I hope we can make sure that other financial institutions can look into this problem as well."

Dr Leontjeva said the Women in AI Awards, “recognises all this amazing work that has been done by women. Because, again, as we heard in so many speeches today, often women are staying in the shadows.

“This is an excellent opportunity to demonstrate all this really great, amazing stuff that has been done.”