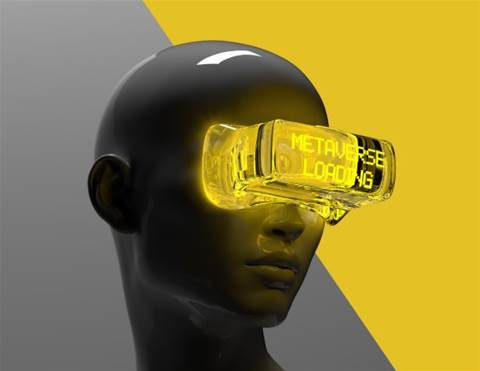 Citi’s latest Global Perspectives and Solutions (GPS) report estimates the total addressable market of the metaverse to be between $8 and $13 trillion.

However according to Kathleen Boyle, managing editor at Citi GPS, there is a huge infrastructure investment needed in order to reach this market potential.

The report entitled ‘Metaverse and money’, showcases the Metaverse as the “next generation of the internet”, where up to five billion users could partake.

“The content streaming environment of the Metaverse will likely require a computational efficiency improvement of over 1,000x today’s levels. Investment will be needed in areas such as compute, storage, network infrastructure, consumer hardware, and game development platforms,” said Boyle.

One of the biggest technological advancements needed for a fully-immersive metaverse is low latency, the authors believe.

Round-trip latency for video calling and cloud gaming sits between 75 and 150ms, but for an immersive metaverse experience, a latency of sub 12ms is required, the report says.

According to the authors, “With only 25 percent of the global population expected to have access to 5G by 2025, network bandwidth needs to be increased and delivered. The lags, packet drops, and network unreliability witnessed in today’s world makes the current state of the infrastructure unsuitable for building an envisioned Metaverse experience.”

Should such investments be made, gaming would no longer be the only use case for the metaverse, and instead the metaverse could provide users with enhanced experiences in all aspects of their lives such as commerce, art, advertising, and healthcare among others said Boyle.

“This “Open Metaverse” would be community-owned, community-governed, and a freely interoperable version that ensures privacy by design.”

According to the authors, users will not only engage with the metaverse via virtual reality (VR) headsets, but by using personal computers, gaming consoles and smart phones.

“In the foreseeable future, an immersive internet experience for most users will likely be accessed via their mobile phones, and only a subset of the Metaverse participants will use VR devices,” the report says.

“However, we expect the usability of Virtual Reality (VR) and Augmented Reality (AR) will improve in the coming years with many consumer hardware manufacturers building on the 2021 holiday season success of the Oculus Quest in the U.S.”

I have read and accept the privacy policy and terms and conditions and by submitting my email address I agree to receive the Digital Nation newsletter and receive special offers on behalf of Digital Nation, nextmedia and its valued partners. We will not share your details with third parties.
© Digital Nation
Tags:
citiinfrastructuremetaverseweb3
By Velvet-Belle Templeman
May 2 2022
7:00AM