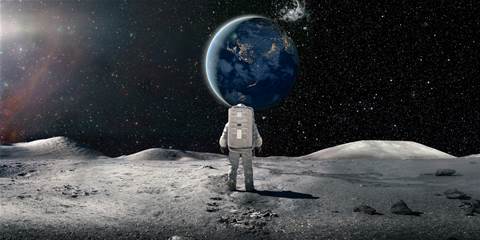 Having an ‘automation mindset’ means looking at the bigger picture, rather than improving disparate processes, said Vijay Tella, founder and CEO at Workato.

Tella spoke at the keynote for Workato’s Automate 2022 conference last week, and described the shift that has occurred when it comes to optimisation.

“Traditionally, companies tried to optimise individual tasks. They look at what people are doing, and find ways to do the same thing, but faster and cheaper,” said Tella.

“Bigger picture thinking, to optimise the overall outcomes that matter, is what is needed for companies to truly transform themselves.”

Amith Nair CIO at health and medical staffing company Vituity described the challenges the business was facing in their legacy platforms in orchestrating processes end to end. The business deployed Workato in order to connect several systems and improve the speed of the entire experience by 40 percent.

“We look at Workato as our central nervous system, if you may. It's the digital nervous system that's flowing data from one system to the other system, so that we can actually get our physicians practising medicine at the hospital in less than 60 days,” said Nair.

Nair described this transformation as a “life or death”.

“Our product has to work day one. The one there is no more testing, you cannot revert the code or anything to that effect. Our physicians have to be truly at the location present, and providing care because emergency room is one of the toughest areas in the hospital.”

Tella names a growth mindset, as key to achieving an automation mindset.

“Companies with a growth mindset take a long-term optimistic view. They think what can I change to improve the future? Instead of trying to maintain status quo,” he said.

“Some key ideas about the growth mindset that you may recognise from our research are relishing challenges, embracing failure, and being willing to work harder than anyone else to get the job done.”

Kim Huffman, CIO at TripActions joined the organisation in November last year with a focus on improving the key infrastructure to allow the business to be adaptable, and responsive to change.

“In growth, there's constant need to move quickly in different directions,” she said.

TripActions had a number of point-to-point integrations, which were not scalable when it came to integrating core data across multiple platforms and systems, said Huffman.