The security threat of quantum computing 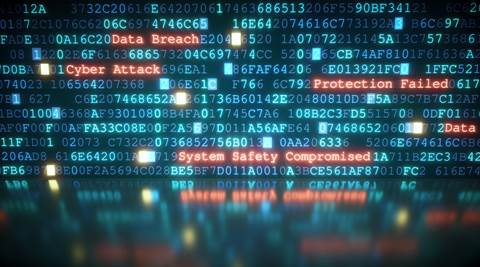 The world is entering a new cryptographic era where quantum computing will be able to break the encryption that underpins our entire digital society, according to Anne Dames, distinguished engineer at IBM.

Speaking at a press tour of IBM Poughkeepsie in New York this week, Dames told journalists that “there’s a lot to be concerned about” when it comes to the potential threat of quantum attacks.

“We believe there will be a time when quantum computers can break the cryptographic protections that we have used for many years,” said Dames.

While there are differing schools of thought on how imminent is the threat of quantum computing and therefore quantum attacks, IBM’s quantum roadmap shows that quantum advantage is expected to be reached within the next five years, as the organisation plans to deliver a 4000+ qubit system by 2025.

If a cybercriminal were to leverage quantum computing, they may be able to derive someone’s encryption key and utilise that to impersonate the individual, forge transactions, forge digital signatures, find and print data, and extort or disclose the harvested data said Dames.

While this is not possible currently, it's not just a future problem.

According to Dames, cybercriminals today are stealing data with the purpose of exposing it down the track.

“These kinds of attacks can start now because that data is being harvested today,” she said.

Dames said there are two classes of security problems associated with quantum’s ability to impact cryptography. A quantum computer can slash by half the strength of symmetric key and hashing algorithms, and can entirely break public-key cryptography algorithms she said.

“In the case of symmetric and hashing algorithms, what we need is we need stronger encryption algorithms that have larger keys or larger digests. But in the case of public-key cryptography, we need brand new algorithms based on different math problems.”

The answer to this problem is quantum-safe cryptography, which is resistant to attacks even after larger-scale quantum computing is available.

“When you look at Z, it plays an absolutely critical role in the global economy,” said Michael Jordan, IBM distinguished engineer, and IBM Z and LinuxONE security CTO.

“When you look at the financial services, retail, transportation, government organisations that are leveraging our platform, we can't stand still when it comes to cyber threats and looking at cybersecurity, we need to take a position of leadership.”

The first z16 mainframes will be shipped to customers on Tuesday.

Velvet-Belle travelled to New York as a guest of IBM to visit the IBM Thomas J. Watson Research Centre at Yorktown Heights.

I have read and accept the privacy policy and terms and conditions and by submitting my email address I agree to receive the Digital Nation newsletter and receive special offers on behalf of Digital Nation, nextmedia and its valued partners. We will not share your details with third parties.
© Digital Nation
Tags:
cryptographycybersecurityquantumquantum computing
By Velvet-Belle Templeman
May 30 2022
6:58AM